As a boy growing up in the 1950's and '60's in a western country - and a nerdy boy at that - I suppose it's to be expected that I would have had some interest in astronomy. What with the Sputniks going up when I was very young; the first manned space-flights occurring quite soon thereafter; the fabulous 1968 Arthur C. Clarke / Stanley Kubrick collaboration "2001: A Space Odyssey"; and the Apollo program - culminating in the moon landing in 1969, when I was at Matric. college - it's not surprising that I, along with many others in a similar situation, looked on "space" as something exciting.

Many a starry-eyed youngster probably dreamed of becoming "an astronaut". I don't think I ever seriously entertained the idea; but for a short period in my boyhood I did think it'd be nice to be an astronomer. (Let's face it - I'm probably far too urban to be a spaceman, anyway.) 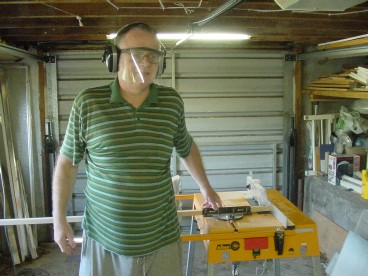 Not that I had much of an idea what astronomers actually did. I suppose I had vague notions that I could get paid a respectable living for gazing into the small end of a telescope and making profound pronouncements about how everything worked, and that the world would be a much happier, more thoughtful place as a result. STOP LAUGHING!

(Then, of course, there was the problem with terminology. You may bet my Dad pulled me up pretty sharpish when I said I'd like to be an astrologer. Whoops!)

Anyway, all things said and done, I didn't become an astronomer, an astrologer, or anything remotely related to either. I did, however, maintain an interest in things spatial.

Sometime in the late 1960's, I saw on TV a story called "The Dead Past". This very moody piece was an adaptation of a short story by Isaac Asimov; it had nothing to do with space travel, but was built around the idea that it might be possible to view (not travel into) the past. (I won't spoil it by giving the plot away; if you haven't read it, I recommend it highly. See more details about it in the link in the next paragraph.) This was probably my first intimation that science fiction could be about things other than space travel. I was haunted by the story, and resolved that someday I'd find a book containing it, if such existed, and read it.

Such surely did exist. In 1974, when I had my first job (as a technical operator in ABC radio in Hobart), I found a book called "Earth is Room Enough", an anthology of some of Asimov's short stories, all quite quirky and mind-expanding, and all taking place right here on our home planet. (The copy I have was published by Panther Books Ltd. in 1960; mine is a 1972 reprint.)

I was hooked. I bought every Asimov SF book I could find, and read them eagerly. Having started with "Earth is Room Enough", I was surprised to find that a lot - most, in fact - of his stories revolved around space travel in one way or another; like many others, I was deeply moved by the way he managed, before he died in 1992, to tie them together into a colossal "future-history" of the Milky Way galaxy over some 20,000 years, and inject so much of himself and his vision into the saga.

Of course, this all served to reinforce my interest in astronomy! The names of many real stars and other astronomical entities occur throughout the stories; you can get a feel for how the human expansion slowly but surely occurs into neighbouring star-systems, and thus outward and onward, culminating sadly but beautifully in the rediscovery of the home-planet and its faithful moon, in the novel "Foundation and Earth". (And, of course, I've read plenty more space-fiction by other excellent SF authors since.)

Well! Just last night, I discovered - to my considerable astonishment and great delight - that the old original 1965 black-and-white BBC TV adaption of "The Dead Past" (an episode of the original "Out of the Unknown" series), as mentioned above, is now on YouTube! How about that?

It's been a real pleasure to see this old show again, over four decades later - and to hear again that lovely spooky background music, played on a theremin (as also used in "Good Vibrations" by the Beach Boys). The film is presented in seven parts, the links to which are as follows:

Go on - check it out! It's a good story, and it raises some very interesting issues. Real food for thought!

Guess what? I've just discovered that "The Dead Past" is now available on "the Tube" in a single sixty-minute segment (59min 33sec, to be precise). How long will it stay there? Experience has taught me that YouTube videos come - and go, unpredictably - for various reasons. If you're interested to see the full-length one-piece version of this wonderful, creaky, tragicomic old B&W film, I'd be quick if I were you! Here's the link.

I only have one fault to find with this cinematic masterpiece. In Asimov's original story, there's a brilliant punchline at the end, when the government bureaucrat realizes that it's too late to try to bully the three perpetrators into silence by threats of open-ended summary jail sentences without trial. This is missing from the film, so I thought I'd present the last few lines of Asimov's text here for the record:

He saluted each of the three with elaborate formality.

"You have created a new world among the three of you. I congratulate you. Happy goldfish bowl to you, to me, to everyone, and may each of you fry in hell forever. Arrest rescinded." 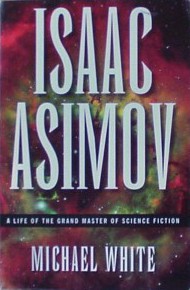 For the past several weeks, I've been reading - a few pages at a time - "Isaac Asimov: A Life of the Grand Master of Science Fiction", by Michael White (Carroll & Graf, 2005; original Copyright © 1994 by Michael White). Just today, I've reached the end of Chapter 13: "Gentleman Author", which gives an account of Dr. Asimov's death in a New York university hospital, from renal failure. His daughter, Robyn, and his wife, Janet, were with him when he died.


Just a couple of short paragraphs from the text:

Robyn and Janet Asimov had been at Isaac's side until the end. Isaac's brother, Stanley, was immediately informed and a message was sent to California, where David Asimov [Isaac's son] was living.

Later that morning, April 6th, 1992, the world awoke to the news that one of the most famous writers of all time - and certainly the best-loved science fiction author since H.G.Wells - had died.

It spooked me out a bit when I realized that I was reading this twenty years to the day after the old master's death; and I just felt that I had to include this short tribute here.

His writing has meant a great deal to me over several decades, since I first saw "The Dead Past" on TV in the late 1960's. I own a considerable number of his books, including (as far as I'm aware) all of his science fiction novels, and several short-story collections (starting with "Earth Is Room Enough") - much loved and somewhat old and battered as a result of having been read and reread over that long time. I like to think that my own writing style has been positively influenced by that of Dr. Asimov, as I've prepared and posted these web-pages over the last seven years or so.

An interesting aside about Isaac Asimov:

Ironically, for a man whose inner thoughts revolved around space exploration and the destiny of the human race on a grand scale, he had a pathological fear of flying. This is no secret: he admitted it openly, in his memoir "I. Asimov". He did travel abroad; but when he did so, he travelled by sea! If such a great personality as Dr. Asimov can have such odd little peculiarities about him, perhaps the rest of us lesser mortals shouldn't feel so bad if we have our own limitations.

I can't let this page end without a reference to one other Asimov novel.

A few of his novels deal with the fairly early exploration of the Milky Way galaxy, and the growth of the Galactic Empire. One of these "Empire Novels" is entitled "The Stars Like Dust". (My copy was published by the same publisher, and in the same year, as my copy of "Earth Is Room Enough", mentioned above.)

That link contains a review of the novel, which correctly states that Asimov wasn't happy with the story - and neither was the reviewer! I take the point about the weak ending; but I have to say that - taken as a whole - the book does appeal to me, specifically because the characters are far from perfect, with the "good guys" behaving like thugs and the "bad guys" behaving with honour. They're people, warts and all, just like you and me! I've read the book several times, and I always enjoy it. I even enjoy groaning - in sheer disgust - at the woeful ending!

Part of the action takes place in a region of space called the "Horsehead Nebula". When I first read this book, I didn't really know much about astronomy at all; and I thought it was just a made-up name. Didn't I get a surprise, years later, when I found out that this object really does exist! It featured on the cover of the June 1983 National Geographic, as well as on a poster included in the magazine, as part of an article entitled "The Once and Future Universe" (yes, I still have my copy).

You can see an excellent photograph of the Horsehead Nebula by clicking here or here .

The menu items below don't contain much original material by me. Mainly, I just want to provide some links to excellent software and articles of interest to the spatially-minded, and perhaps discuss one or two matters in ways which may help make it all seem so much more real.

Sundials, the Equation of Time, and the Analemma

When is a metal not a metal?