About Mad Teddy, about this website, and main menu

A bit about me

I am the sort of character who, in reasonably up-to-date parlance, may be described as a "nerd". (The term "geek" has, in my mind, far more negative connotations; so I'll pass on that one.) In the mid-1960's, when I was at high school, I would have been called "a child with an enquiring mind", or (sometimes, I'm sure) simply "a bloody nuisance".

I fit the stereotype fairly well. I am the kid who always put his hand up and asked questions the teacher didn't want to address just yet, or (quite likely, on occasion) didn't know the answer to, and didn't want to admit it. 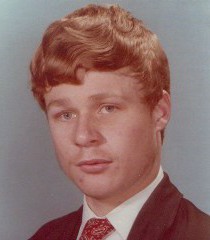 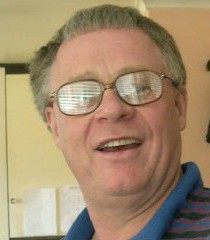 Click here to see the transformation occur before your horrified eyes (~1.9Mb)...

I am short-sighted and astigmatic. I wear thick glasses which do a passably good job of correcting the vision in my good eye. (The other eye looks in the wrong direction - over your right shoulder.)

I am an avid science-fiction reader. My favourite author is the late Isaac Asimov, who graced this planet with his intelligent and cultured presence between 1920 and 1992. (I'd like to be able to write that kind of material myself, but I don't think my brain quite works that way, unfortunately. Although, you never know...)

WELL! Nearly four and a half years after launching this website, I have now produced my first attempt at a science-fiction short story - and, somewhat surprisingly, it perhaps owes more to the influence of Arthur C. Clarke than it does to that of Dr. Asimov. (As someone close to me has pointed out, it perhaps also gives a nod - particularly at the beginning - to Contact, by Carl Sagan. Furthermore, the name of the spaceship featured in the story - SETI-1 - has a direct connection with the work and interests of Professor Sagan.)

I've just finished re-reading my old copy of Asimov's book "The Martian Way" (first published in 1955), which contains a novella by that name, two short stories, and another novella (the longest he ever wrote) named "Sucker Bait". This final one of these four stories is set in a system which has two stars fairly close to each other, and a planet equidistant from both, with that distance being equal to the distance between the stars - so that the three bodies form a "Trojan system". This means that the planet's orbit is stable with respect to both the stars, so that there are always two suns in the planet's sky, 60 degrees apart.

So what, you may ask? Well, my own short SF story also has three bodies in a Trojan system as its main point of (hopefully) interest; so it seems that, subliminally at least, Dr. Asimov's story - which I last read many years ago - may indeed have had quite a bit of influence on my own writing after all! As the Good Book says: "...there is no new thing under the sun." (Or even under two suns, perhaps?) This just goes to show that it's not at all easy to be original if you want to write science fiction, as so many of the good ideas have already been used before - quite possibly decades ago! C'est la vie...

Click here if you'd like to read my offering; the story starts just over halfway down the page, after some introductory remarks about contemporary issues to set the scene.

"Mad Teddy" isn't my real name - in fact, it's nothing like my real name. You'll find a link in the following menu where you can find out the reason that I have chosen to use this nom-de-plume.

But enough of this self-indulgent drivel. Let's get on to the real business of this website. Here's the main menu; just click where you want to go.

Why is Mad Teddy mad?

It's never too late

Direct link to my most recently added web-page: